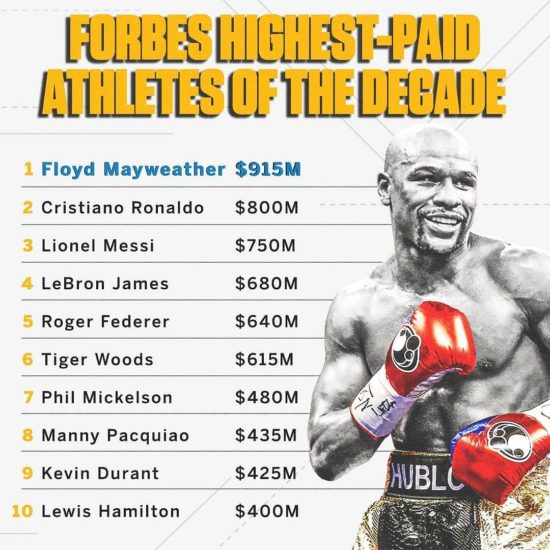 US professional boxer and promoter Floyd Joy Mayweather Jr has made it to the number of the Top highest Paid athletes of the decade, Christiano Ronaldo, Lionel Messi also followed on the List.

Forbes has released a mega rich list detailing the top ten highest-paid athletes of the decade from 2010-2020.

The ranking totals up all earnings from the world’s biggest sports stars over the past ten years and it’s no surprise to see who comes out on top.