Ex-YBNL Soldier, Davolee has let hell loose after he said “Olamide is Mad” on his Twitter page.

This happened after MTV Base West tweeted an on-going programme #YBNLRaised Songs to appreciate Olamide’s good work in the industry.

Davolee’s Festival Bar was added to the songs but seems it  doesn’t sit well with Davolee.

READ ALSO:  Update!!! Ka3na dragged for slamming fan who tattooed her name after she asked for it 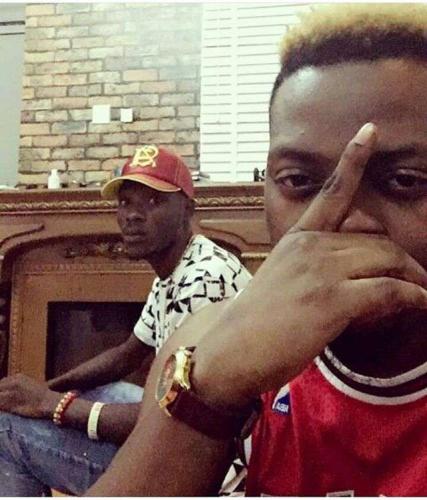 Davolee made a tweet to MTV Base to inform them about his feelings about the inclusion of his name in what has to do with Olamide.

A Fan interferes and Davolee dragged him and Olamide together – saying they’re both Mad.

Davolee’s response was to the displeasure of some twitter users who felt the singer was ungrateful and expressed their disapproval.

Davolee that doesn’t even have as much Career hit songs as the Number of Hit Albums way Olamide get dey abuse Badoo?

This man has more hit than Davolee even without the help of Olamide. pic.twitter.com/rqGAEDFb7O

Na Olamide and Davido de follow all these Young Artistes shine teeth too much, they’ve forgotten how big they are
Them fit try am with Wiz or Burna ?