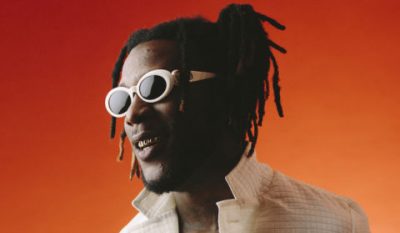 With all the issues going on currently in the country among them was this cruel one, One Kolade Johnson met untimely death from SARS trying to catch their culprit last weekend when he was watch the premier league match.

However the Afropop singer Burna Boy has reacted to this cruelty by saying people should stop saying end SARS when they aren’t ready to face them physically.

Read his words below;

Toni Braxton Got 60% From “Last Last” And Calls Him “Desperate”: Burna Boy 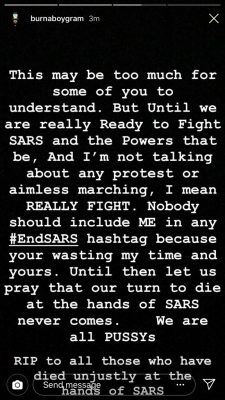