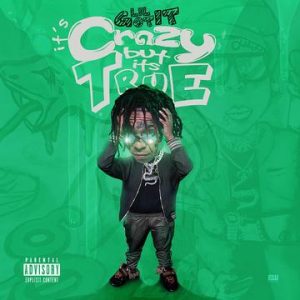 An album which was Laced up with 18 tracks, Lil GotIt comes through with a heap of bangers on his latest project. GotIt enlists a slew of artists to help him on the project including his frequent collaborator, Lil Keed who appears on two tracks. Gunna , Lil Durk, Hoodrich Pablo Juan, Yung Mal, Lil Co, Guap Tarantino and more appear on the project.

He also enlists Richie Souf, Dun Deal, Wheezy and many others for the production on the track.

Lil Gotit talking about the new project he said: “My life be so crazy that everything is true and real,”,
“It was important to drop now because nobody has heard the new me. My last tape was full of the old me, this tape is the new Lil GotIt.”

Stream Lil Gotit crazy but it’s true below and share!