The extremely talented American hip-hop rapper and songwriter Offset which is a member of the Atlanta trio rappers Migos, releases his solo album today February 22nd titled Father Of 4.

Father of 4 follows by OFfset, Follow Takeoff and Quavo offerings, which dropped during the last quarter of 2018.

Quavo comes with Quavo Huncho was released on Oct. 12, then Takeoff realeases The Last Rocket followed a month later on Nov. 2.

Both performed fairly well on the Billboard 200 chart, with Quavo reaching as high as No. 2 during the second week of release and Takeoff hitting No. 4 during its debut week.

The album got Production from Metro Boomin, Southside, and Cubbeatz, among others.

Father of 4 maybe his redemption album, With Offset’s run of solo features over the past few years and strong singles like “Monday” and “Red Room,”

Offset’s Father Of 4 cover art features the rapper on a throne in front of wall covered in ancient Egyptian hieroglyphics while his four children are around him. His oldest son stands next to the throne while Cardi B’s daughter, Kulture, sits on his lap. Meanwhile, the middle child sits at Offset’s feet. 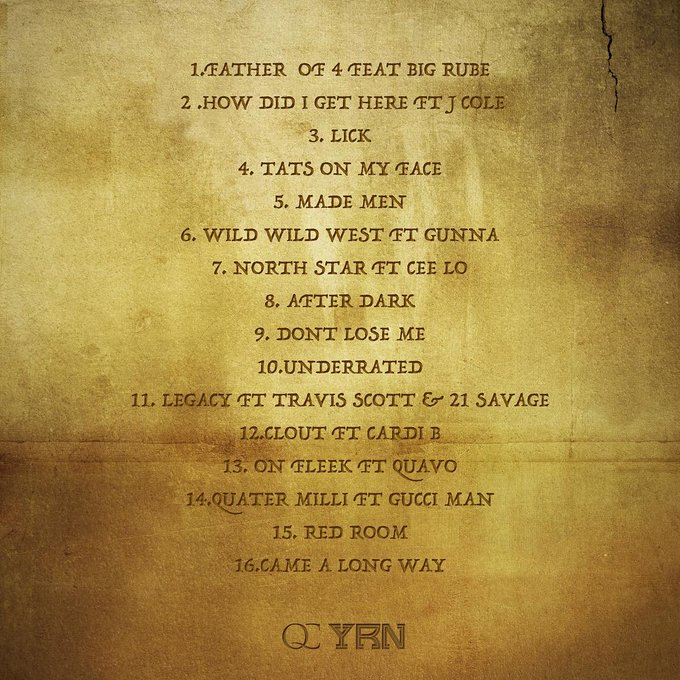