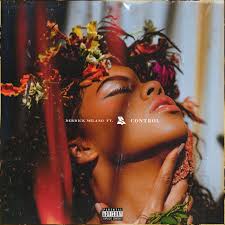 Derrick Milano has previously won a Grammy for his co-writing work on Megan Thee Stallion’s “Savage” (along with the Beyoncé remix), and now the 27-year-old is back with a new single.

Milano collaborates with Ty Dolla $ign on “Control,” a song about getting violent in the bedroom.

“She likes her n*ggas in control (In control, woah, ayy)/ She likes violent shit (She likes aggressive shit) said she likes it rough, when n*ggas grab her neck and shit (Grab her neck and shit),” the song’s lyrics go. Milano also released a solo tune called “die4iT” earlier this month, which contains sensuous and sexually explicit tones.

Ty, on the other hand, has been riding the high of a series of collaborations, including the dvsn-produced Cheers to the Best Memories album and Joyner Lucas’ “Late to the Party.”