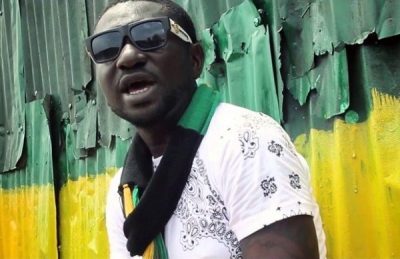 BlackfaceNaija made online went wild following the release of “War” which was a diss song meant to diss legendary singer, 2Baba.

The song saw Blackface calling out his former band mate, 2face and tagging him gay amongst other names all in a bid to get at the African Queen crooner.

After receiving major backlash from social media users, the rapper, undeterred has promised to release part 2 of the music. 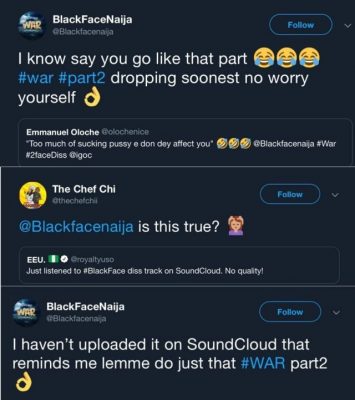