A motorist has gone viral on social media after he took to twitter to reveal the interesting sight he beheld recently.

The man identified as Sammie shared photo of a pot hole he saw he saw in Lago.

What caught his attention was that it had the shape of a popular Disney character, Mickey Mouse. 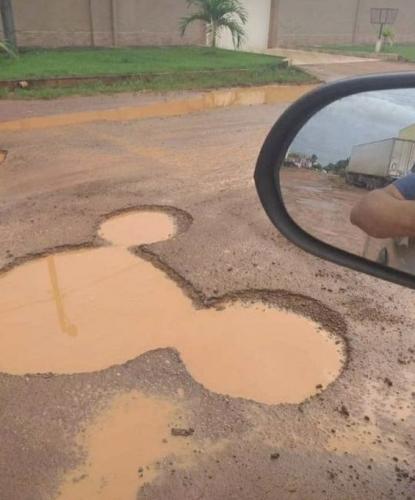 I saw Mickey Mouse on a road in Lagos. pic.twitter.com/YmbpNLmMJg

Nigerians trooped to his comment section to give hilarious replies.

See some reactions below.. 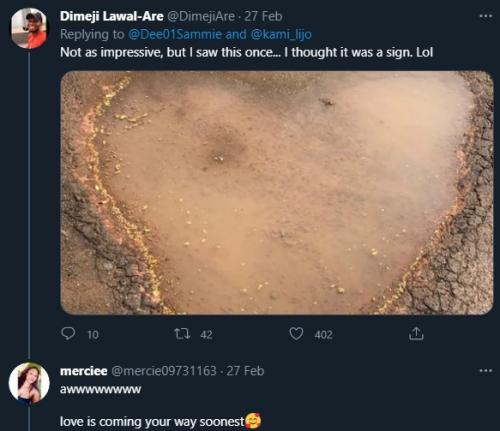 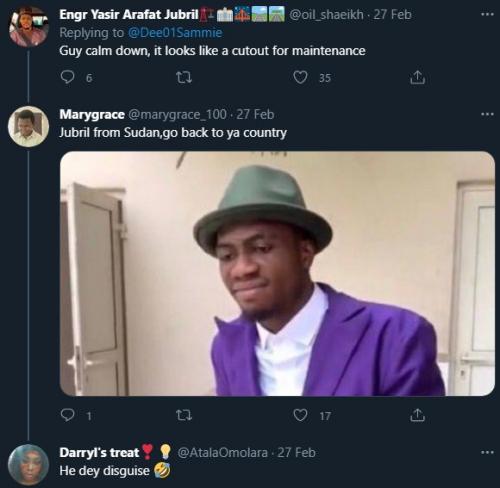 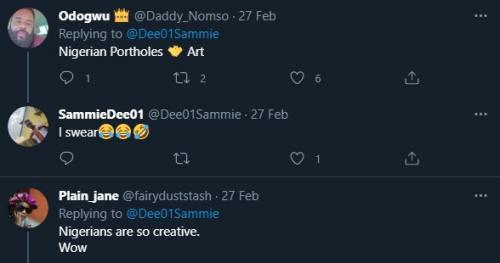