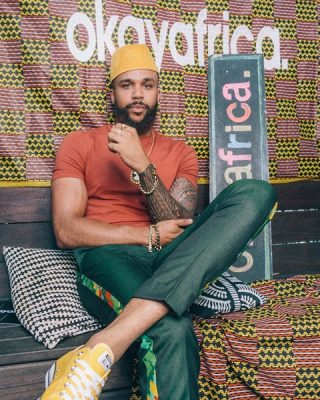 The classic man Jidenna who has just released his latest sophomore album called ‘85 To Africa‘ has give possible reasons why Nigeria scams.

So, as criminals, we gonna be the best at it and so, we will be the best at hacking and everything we do, ” he said. When asked if he had scammed anyone before, the singer replied,

“No, I have not scammed anyone before.”

Jidenna further went on to say one of the things he did in the past which might be seen as a scam.

“I did some things, I used to sell chains from China town. I get it for cheap because, in the hood, I know all the latest jewelry and then I get the cheap ones and I take it to downtown Boston to sell to white boys. That was a scam,” he explained.