Home » Entertainment » M.I, Falz & Others Thrill Fans With A Night To Remember in Abeokuta – CBN Tour 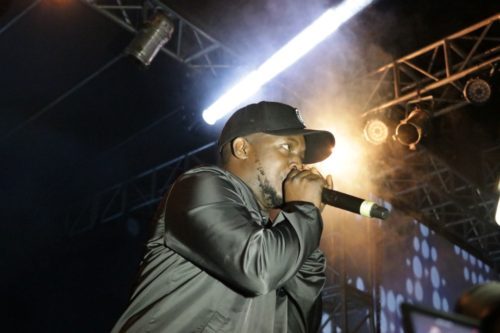 After memorable shows in Abuja and Ibadan, fans in Abeokuta had high expectations, and M.I & friends certainly didn’t disappoint as the likes of Blaqbonez, C-kay, AQ and Loose Kanon delivered stellar performances which delighted all in attendance.

The show was proudly sponsored by Gulder and Legend, two brands from the stables of Nigerian Breweries.

Gulder is fresh off a successful sponsorship of social media week, in which it hosted an exciting panel conversation themed around its new campaign of “Own Your Journey”.

Gulder aims to communicate this brand narrative to the younger demographic. Hence its decision to be part of the CBN Tour, as well as its support M.I, who has transcended the times and managed to remain relevant and consistent in Nigerian pop-culture, all whilst owning his Journey to superstardom.

Legend Extra Stout is on a mission to inspire young Nigerians to be themselves and nothing exemplifies more originality than seeing M.I Abaga strutting his stuff on stage.

His ability to connect with the audience and break the proverbial wall between performer and audience, allowing both parties to engage and interact, is second to none. 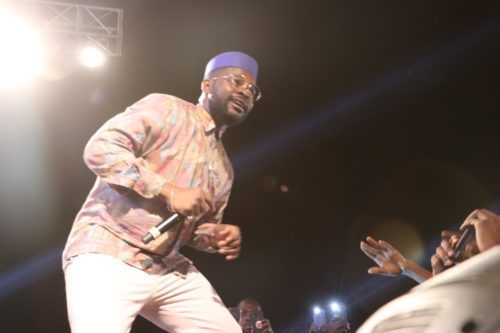 Stealing the show, however, was the surprise appearance of Falz. The rapper was not part of the promotional material for the Abeokuta concert, and his appearance and subsequent performance got everyone in the crowd buzzing as the “Talk” crooner delivered one of the best performances of the night.

“We believe young people are the future, and we want to be part of their success stories. We know a lot of young people are inspired by M.I and rightfully so. He is an accomplished entertainer whose rise to prominence has seen him become one of the most influential personalities in the music industry. We feel in a lot of ways, M.I is a great example of Gulder’s new campaign. He has never shied away from challenges and has sought to grow from stride to stride, owning his journey along the way. With the CBN Tour, we are able to reach this young demography and inspire them to become the best they can be, urging them to never depart from their path but to own their journeys instead”.

After a memorable night in Abeokuta, the CBN tour is set to hit various other states across the country, as M.I and friends show no signs of slowing down.