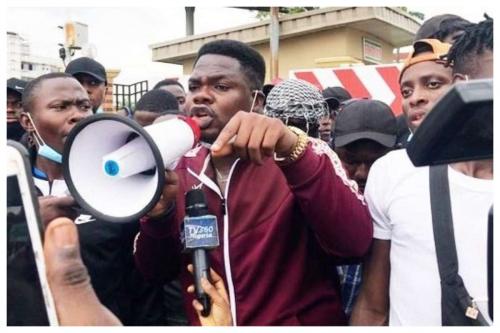 Nigeria comedy actor, Mr Macaroni has revealed the new trick used by kidnappers to abduct people across the country.

The rate of kidnappings has been on a high in Nigeria recently, with people having to pay heavy ransoms to secure their release.

Taking to his Twitter page, Debo Adebayo said that his friend’s mum was almost kidnapped on December 2 as he advised people on how to stay safe.

Mr Macaroni also lamented government’s lack to secure lives and properties, as he advised people not to come down from their vehicles when triggered by another driver while traveling, as the person might be a kidnapper.

On December 3rd, he advised his followers to be safe and be vigilant. 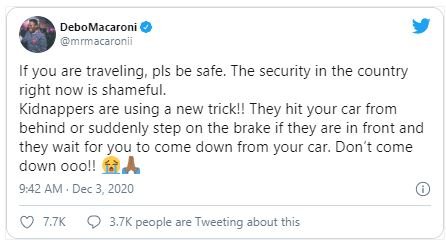