Olamide Is My Inspiration – Fireboy DML 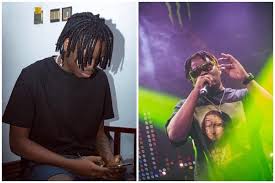 Fireboy took to his Twitter page to state that the popular indigenous rapper’s alter ego is his inspiration forever.

The 24-year-old was also the most nominated artist of the season.

Fireboy DML gained fame and prominence after his song, ‘Jealous’ which was an original track on the 2018.

READ ALSO:  “He Wants Marriage Before the Year End, so I invited him Over to my Shop and this Happened” (Details below) 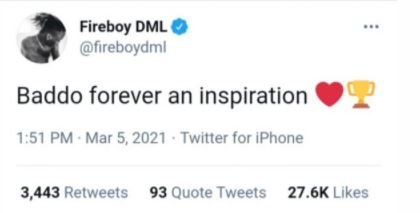