Tiwa Savage Got Nominated In The UK Music Video Award 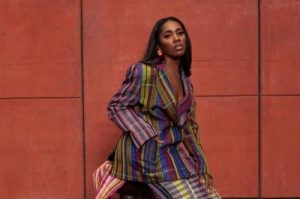 The Mother of one bagged two nominations in the Uk award.

The event holds annually in honor of the creativity of musical videos for Uk artists and international artists.

Tiwa savage 49-99 is the track that bagged her nomination for the “Best styling in the R and B / Soul Video” international category.

The Korooba singer will be battling for the crown with the international well-respected singer, Beyonce, Gregory Porter, Yeseult, Marvin Gaye, and 070 shake.

SEE:  "Who Send You Go Buy Car?" - Davido Mocks Mayorkun For Being Broke

Best Styling in a Video

in a more related news, Tiwa Savage alongside her son Jamil Balogun bagged an endorsement deal with a chocolate Nigerian company. She has taken to social media to express her excitement.