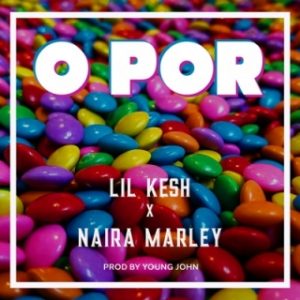 YAGI records frontliner Lil Kesh has just dropped his third single of the year and it turns out to be a hit.

The new song was aptly titled ‘O por‘ and features the rave of the moment Naira Marley, who added the street flavour to the dope jam.

This was a follow-up to the release of “Undertaker” and “Nkan Nbe” wgich features mayorkun.

However the classic record was produced by YBNL serial hit maker Young John aka the wicked producer.

Ndlovu Youth Choir – Not Yet Uhuru

Teddy’Bae – No Need To Be Afraid (Bootleg)

BBNaija Adekunle Biography And Net Worth

BBNaija Giddyfia Biography And Net Worth