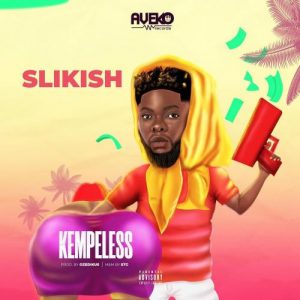 Aveko Records signed artist, Slikish who is a Tiv Nigerian singer has found his way back to the music scene with another monstrous jam titled “Kempeless.”

The new classic hit was mixed and mastered by STG and produced
by Ozedikus.

It was also accompanied with a Okih Films directed visuals.