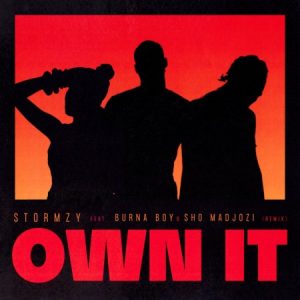 Prolific UK rapper, Stormzy has come forth with the official remix of his burna Boy and Ed Sheeran featured song titled “Own it” which was taking from the “Heavy is the head” album.

The own it remix features the south African Limpopo queen, Sho Madjozi.