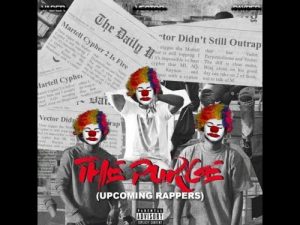 GRAP Entertainment / 605 Entertainment present this masterpiece song titled “The purge” from upcoming rappers Vader The Wildcard, Payper Corleone and Vector was also featured on this one.

The dope song was produced by Beats By Karma and was co-produced by Vector.