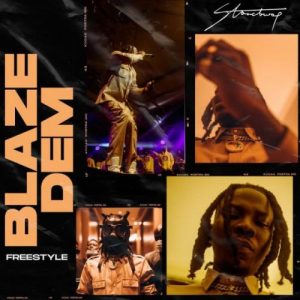 Burniton Music Group honcho, Stonebwoy has just premiered his brand new freestyle song titled “Blaze Dem” which was a follow-up to the release of “Journey.”

The visual was directed by Kay Studios, while the song is produced by JMJ, mixed and mastered by 1GAD.

Watch the music video mp4 below;