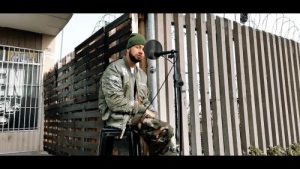 Talented South African record producer, YoungstaCPT came through with a brand new song titled “Better Than Money” along with the official music video.

“With the current pandemic shifting the whole world on its side, my older music became a reminder of the life we once took for granted.

Being absent from the stage, from family members and my entertainment work let me know that even though there’s a lot that was taken away I also have so much to be grateful for and right then my 2017 song called ‘Better Than Money‘ came to mind.

It’s taken from my mixtape called ‘How to Make it in RSA’ and transports back to my struggle in Hillbrow.

The track is just a statement to those whom sometimes forget there are plenty of more things to be thankful and grateful for than material wealth and gain, and although ‘money is everything’ we still have so many unseen & apparent blessings to be happy about especially in these trying times…” – YoungstaCPT

The visual was directed by Moody Visualz.