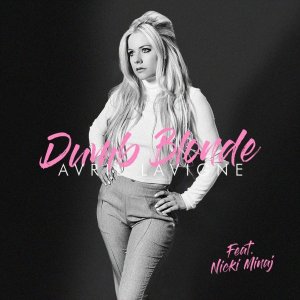 The hit track “Dumb Blonde” serve as an anthem about being strong, finally putting your foot down and closing the door of a relationship that you know is wrong after time and time again of falling for their games, said Avril Lavigne in a statement.

Avril Lavigne – Love It When You Hate Me Ft. blackbear

VIDEO: Avril Lavigne – We Are Warriors

Avril Lavigne started her musical life at the age of 15, when she appeared on stage with Shania Twain and by 16, she had already signed a two-album recording contract with Arista Records which worth more than $2 million.

in 2018, Avril Lavigne released ”Head Above Water” as the lead single from her upcoming sixth studio album of the same name.

Listen to Dumb Blonde solo version by Avril Lavigne below and share!