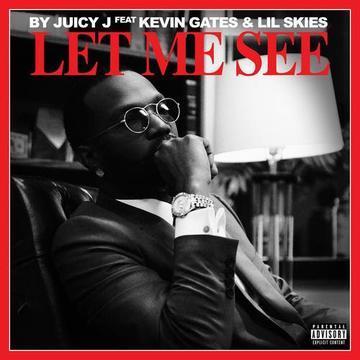 The rapper released his mixtape SHUTDAFUKUP at the beginning of 2018, did several features and scattered a few singles throughout the year. He release a collaboration with Travis Scott last year titled “Neighbor ”. “Neighbor ” was released last year September which debuted billboard top 100 but didn’t move too far.

Juicy J is a founding member of the Southern hip hop group Three 6 Mafia, established in 1991. and also Travis Scott signed his first major-label deal with Epic Records in 2012.

Juicy J is back with some new fire on his latest single, “Let Me See.” The rapper enlists Kevin Gates and Lil Skies for the track while recruiting fellow Memphis native Tay Keith for the production.

With Keith delivering a spacey banger with a Memphis flavor, Juicy J kicks things off with a flossy verse. Juicy J holds down the hook as well before Kevin Gates jumps in for the second verse. Lil Skies then rolls through to close things off on the third verse. Juicy J teased the single earlier today.

listen to let me see by juicy J featuring Kevin Gates and Lil Skies below and share!