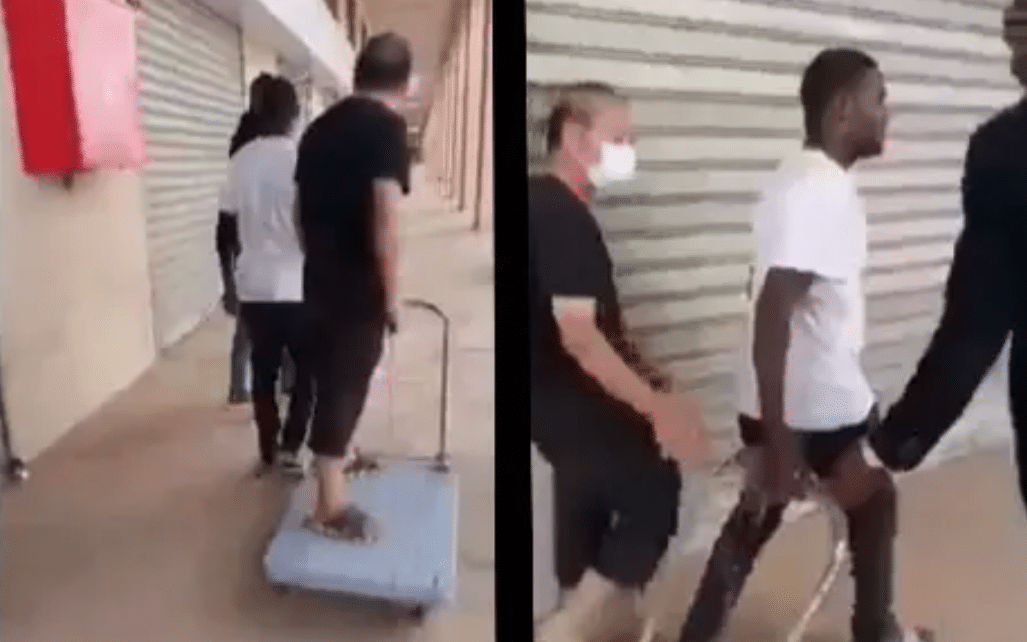 A white man who ordered his worker, a black young man to carry him in a trolley has been confronted by some black men.

The white man closed his shop, instead of him to walk with his worker, he decided to stand on top a trolley while the black man was pulls the trolley.

READ ALSO:  It Was A Pleasure Being On The Set Of ‘Coming To America 2’ – Davido

While this was going on, two young men saw what happened, they got angry and confronted the white man.

They were even asking him whether he has no legs, why would he want his worker to be pulling him with his trolley?