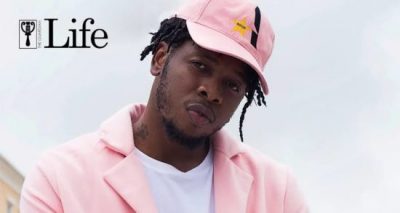 Runtown seems to be out of the line with Nigerian government over the recent ban on the sale of the small rat poison packed called Sniper.

The increasing rate of suicide across the nation triggered the federal government to place a ban on the an agro-chemical that has increasingly become a choice killer for persons contemplating suicide.

The federal government had announced on Thursday that it has put a ban on the sale and according to the National Agency for Food and Drug Administration and Control, the ban became necessary because sniper has been used in recent times across the country to commit suicide.

However, Nigerian musician Runtown maintains that the ban isn’t the solution to ending suicide as it only tackles how people end their lives. The musician government must first of all tackle the reasons, why people take their own lives before anything else.

To truly curb this epidemic, we must focus on the reason WHY people do it.

Lead Meezy – Do a Favor