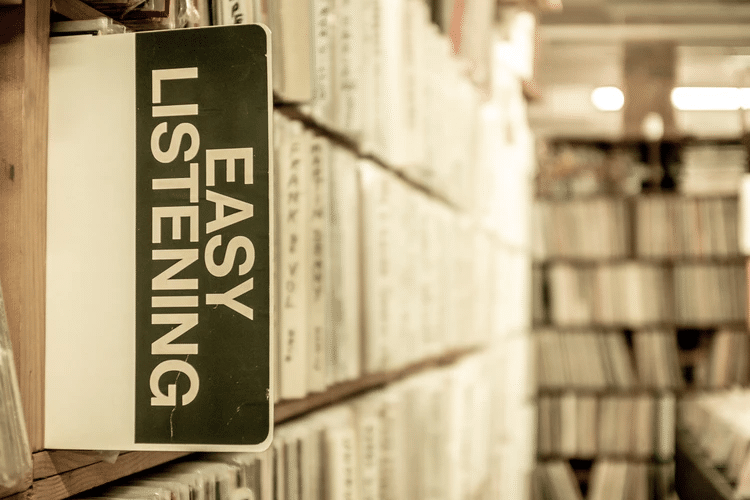 There’s always room for the exotic in life, even if only in the casino and 22Bet Bonus program, or in the headphones. In this review we have collected a lot of interesting music from different parts of the world and amazing, sometimes quite tough stories about how it was created.

This genre originated in the late sixties in West Africa. An explosive cocktail of jazz, funk, and highlife (popular Nigerian music) mixed in Fela Kuti’s head. He was a man of complicated and very interesting fate: he fought against the authorities, created his state, was attacked by thousands of soldiers, engaged in spiritual and mystical practices, and once married 27 women at the same time. All these peripeteia of life were reflected in his music.

Afrobeat is based on the rhythm – minimalistic, rather monotonous, at first glance unremarkable, but carrying in itself a frantic underlying groove. This rhythm can remain unchanged for fifteen or even thirty minutes, and on this foundation, more and more sounds gradually build up: squawking guitars, explosions of the brass section, roaring saxophone solos, mesmerizing choruses of African women, and the voice of Fela Kuti himself.

In a wild mixture of simplified English and the Yoruba language, he sings unvarnished and without unnecessary metaphors about his suffering people, about the atrocities of the authorities and the army, about the power of nature and love. The result is bright, energetic, even manic music, something akin to German krautrock.

The second person in Afrobeat is percussionist Tony Allen, the creator of the rhythm we spoke about in the previous paragraph. He recorded a lot with Fela Kuti and continued his work on solo albums.

There was a less social protest in Allen’s songs; he preferred to sing about various personal things. Even in his old age, he continued to record albums and collaborated with Damon Albarn on The Good, The Bad & The Queen. He passed away last spring at the age of 80.

Afrobeat influenced everyone and everything, and its echoes can be heard in modern electronics, avant-garde, pop, and rock.

The key band of the genre is Tinariwen. They are real Tuareg nomads who for decades roamed the Sahara and gave concerts in rebel communes. The band gathered in 1979 in one of Kadaffi’s training camps: the young people decided to replace automatic rifles with guitars.

Their first fans outside Africa began to appear only at the beginning of the noughties, but by the end of the decade, Tinariwen became famous: tours all over the world, performances at the biggest festivals, a Grammy Award, fans in the ranks of rock stars.

Another Tuareg to listen to is Bombino. He is a talented guitarist and singer, and unlike the harsh Tinariwen, he is also a lyricist with a piercing melody.

And for those who like harder music, we recommend performer Noura Mint Seymali. Noura is a virtuoso on the nine-stringed Moorish ardine instrument and composes songs full of power and rage: real garage rock in the Tuareg way.

The golden age of Ethiopian pop came in the sixties and seventies of the 20th century. It was the time of the decline of the empire. In his old age, the last Emperor of Ethiopia, Haile Selassie I, loosened his grip, and the youth culture was able to spread its shoulders. Addis Ababa in those years was a city with a vibrant nightlife: hotels, clubs, Afro hairstyles, miniskirts, and, of course, jazz and pop, records of which were released by the local small label Ahma Records.

The merry life did not last long: in 1974, the emperor was overthrown, a military junta came to power and established a new rigid order. Naturally, the music that the whole country was crazy about not so long ago was considered anti-national and was banned.

By some miracle, the tapes were taken to Greece, where nobody needed them for a long time. The world heard this music only at the beginning of the 21st century: a series of discs “Éthiopiques” was published by a French label. By now, there are already three dozen CDs of this amazing music.

The guru of Ethiopian jazz is a keyboard player and composer with the name Mulatu Astatke, which is interesting for Russian ears. In his youth, he mastered his musical skills at the best music universities in England and the USA, and then returned to his native land and invented etio-jazz.

Twisted brass melodies, transparent vibraphone sounds, the relaxed groove of the rhythm section, grace and melancholy – perhaps the best use of this music was found by Jim Jarmush, accompanying with it the spiritual torment of Bill Murray in the film “Broken Flowers”.

Here is music even less fortunate than Ethiopian pop. In the sixties, rock thundered all over the world and resonated even in the most unexpected corners of the world. So in Cambodia, there appeared a whole galaxy of bands that played western rock’n’roll, psychedelic, surf, and twist in their own way, with the influence of Khmer national specificity.

The bands rocked happily in the clubs of Phnom Penh until, in the mid-seventies, disaster struck the country in the form of Pol Pot. During the repression, some three million people were killed. Of course, musicians were among them. The Cambodian rock scene ceased to exist overnight, its heroes laid to rest in mass graves.

But the Khmer Rouge did not destroy the music itself: in the 1990s, a group of American enthusiasts dug up archive tapes of those bands in a Phnom Penh bazaar, and soon a collection of Cambodian rocks was released, which blew the minds of many music lovers around the world.

Garage rock with driving rhythms, sparkling guitars, and a bubbling organ. Every song is a hit. If these songs were sung in English, they would have entered the canon of classic rock. But they sound in Khmer, which only adds to the charm. It’s especially great when the girls take over: they sing like they’re teasing the listener.

The release of “Cambodian rocks” did not pass without a trace. In the U.S., the band Dengue Fever was formed: four Americans and a Kampuchean girl on vocals replaying Khmer rock hits and writing their own songs in this style. In addition, the 2015 film Don’t Think I’ve Forgotten, about the amazing Cambodian rock ‘n’ roll, was released.

In 2001, the French label Lusafrica released the compilation Soul of Angola. Two discs, four dozen songs from two dozen bands. Certainly not a single famous name: only musicians from poor quarters of Luanda, whose compositions were played on the local radio station “Voice of Angola” from 1965 to 1975.

Angola was a Portuguese colony for centuries, so Angolan pop at first glance sounds like ordinary Latin music. But in fact, it’s more complicated than that: these songs are based on the rhythms of the semba, the ancient religious dance of Angola. Once in Brazil, semba was transformed into samba, a much more popular genre. So we are dealing with a two-way cultural influence.

Lively percussion invites you to move your hips. The electric guitars strum softly – their sound is clean and transparent, with no overdrive. And amazing voices flow on top of all this: Angolans sing very easily, without strain. The general mood of this music is a light sadness, like on a cloudy, but amazingly good day at the end of summer.

“Soul of Angola” is very easy to listen to, two hours of sound fly by. Fast things in time alternate with thoughtful ballads and a rare song passes the four-minute mark (hello Afrobeat with its 15-minute colossuses). Among the heap of performers on the collection, one particularly clings to Arthur Nunes, whose songs, in turn, touch on some necessary strings of the soul.

Like so much else composed in those years, Angolan songs were songs of protest, albeit very soft. First and foremost, a protest against the colonizers. The irony is that when Angola was proclaimed independent in 1975, the situation deteriorated sharply: the civil war began, which dragged on for many years. Naturally, music was out of the question in such an atmosphere: the recording industry itself and many musicians perished during the coups d’état.